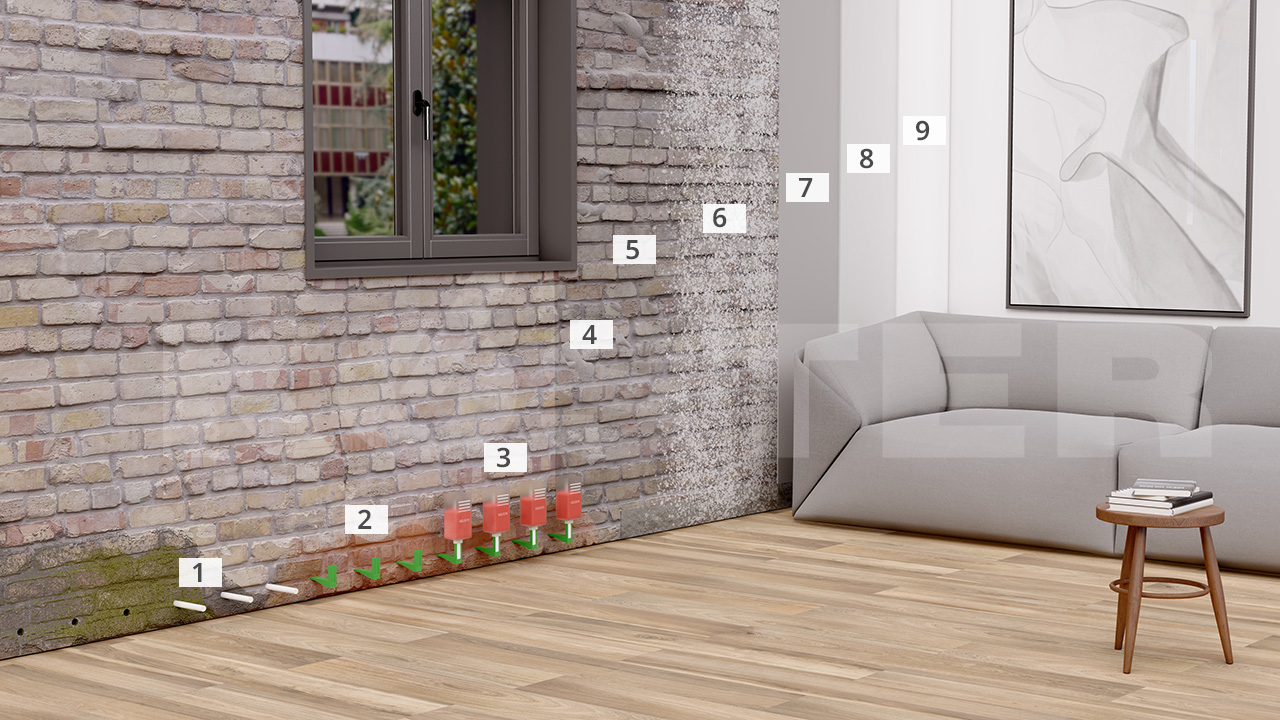 
Rising (or “wicking”) moisture is among the most frequently encountered causes of damage in masonry walls. The results are clearly identifiable through the spalling of plaster, damaged joints and bricks, and also through salt efflorescence and algae growth. Damage from rising moisture can be avoided by the installation of a horizontal barrier.

The easiest and most successful KÖSTER system to install a horizontal barrier in existing walls is the KÖSTER Suction Angle System with KÖSTER Crisin 76. KÖSTER Crisin 76 is a very thin fluid resin which penetrates into the smallest capillaries in the building material, stops the capillary action permanently and creates a hydrophobizing effect within the structure.

Boreholes are drilled regularly spaced depending on the wall thickness. KÖSTER Crisin 76 is injected without pressure into the wall via the KÖSTER Suction Angle and the KÖSTER Capillary Rod which acts as a wick. The pressureless system uses the same capillary action which is the cause for rising damp. Thereby, rising moisture is stopped with the aid of its cause. The big advantage of the KÖSTER Capillary Rod is that it doesn’t waste material in cracks or voids. Only where the rod touches the wall of the borehole will the material be released.

In some cases, such as in less moist walls, KÖSTER Mautrol Liquid Sealant can also be applied. Before the application, an analysis of the moisture content and the salt content must be carried out.

Always adhere to the specifications in the respective Technical Guidelines.